Everybody Loves Me Book – Signed – By Leland Sklar – Now In Stock!! 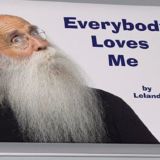 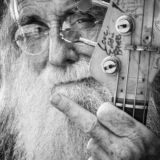 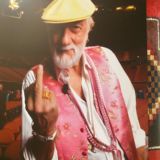 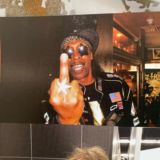 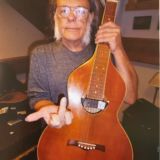 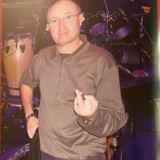 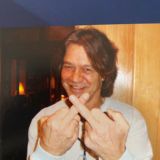 Everybody Loves Me Book – Signed – By Leland Sklar – Now In Stock!!

No matter what Leland Sklar is doing at any given moment, his bass is always playing somewhere.

30,000 songs spread over 2,600 albums. His collaborations with James Taylor, Phil Collins, and Jackson Browne alone have made him one of the most-heard bassists in history, but that’s just a fraction of his resume. Ever heard Dolly Parton? Randy Newman? Michael Jackson? You’ve heard Lee.

In 2004, Phil Collins hired him for his farewell tour. Lee brought a camera to make a photo album of everyone who made the tour happen, from the caterers to the drivers to the security guards. His first shot was of his bass tech, Steve “Chinner” Winstead. Chinner flipped him the bird, which delighted Lee.

Over the course of 16 years, he amassed 11,000 photos of middle fingers from all over the world. Fans, collaborators, and colleagues; movie stars and rock legends alongside hundreds of the forgotten faces that populate life on the road. People that share a moment, or an evening, and then disappear forever. But something about flipping the bird made the interactions less anonymous. In a sea of anonymity, they lent the moment a jolt of miraculous hilarity.