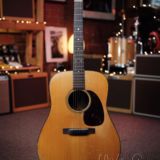 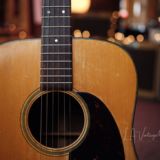 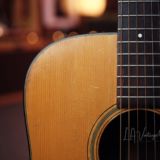 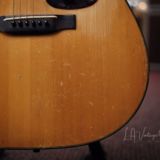 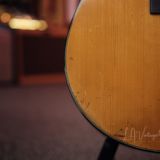 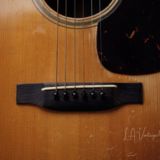 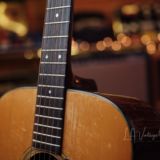 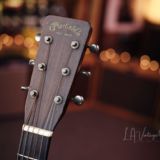 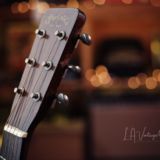 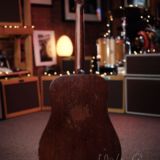 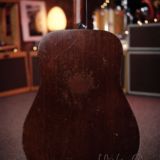 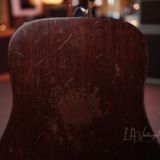 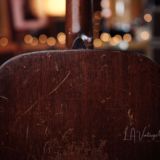 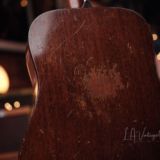 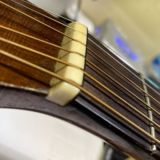 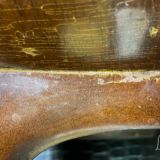 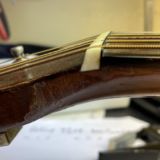 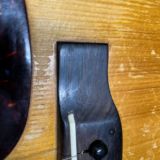 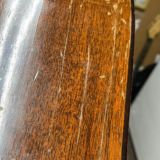 Here's a great example of a 50's Martin! This particular 1953 Martin D18 comes to us from legendary session Guitarist/Composer Lyle Workman ( Todd Rundgren ,Sting, Beck,  Superbad, The 40-Year-Old Virgin, Forgetting Sarah Marshall, Good Boys). Lyle says he's used it on a lot of recordings so you know it's a great playing instrument with some cool history! Along with its Rosewood counterpart, the D-28, the Martin D-18 stands as one of the true original dreadnoughts introduced by Martin in 1932. The D-18 made a switch from a 12-fret to a 14-fret instrument in 1934 and has stayed largely the same since, with just the occasional change in wood source or cosmetic detail. Since the D-18 uses Mahogany instead of Rosewood, it is thought to have a somewhat crisper sound with more definition in the the top-end.  The braces from this time are heavier than the earlier prewar scalloped braces, but they are a little lighter than the braces Martin used a few years later. This guitar has  a clear, rich bass response that isn’t too boomy, and trebles are clear and open sounding. Some small cracks were repaired on one side  by noted LA Guitar Tech Noric Renson.  This is a fantastic playing and sounding D 18!   The majority of repairs  are general maintenance on some thing this old that was played a lot.  The frets are in really great shape ;  they have been professionally installed because the wear on them is way less than the wear on the body.  A little wear at the open "D" chord, but no buzzing anywhere on this beauty. At the 7th fret High E is 3/64" and Low E is 1/16" . The Neck is super straight, relief is @ .003", again, no buzzes.  The nut has a thin, what appears to be graphite, strip installed in front of the nut. (See pics) Most likely for stabilization and or intonation.  The nut slot's depth are perfectly cut.  If the nut has been replaced, it was a long time ago and again it was cut perfectly. At some point it appears to have had a neck reset.  Again, professionally done and stable. 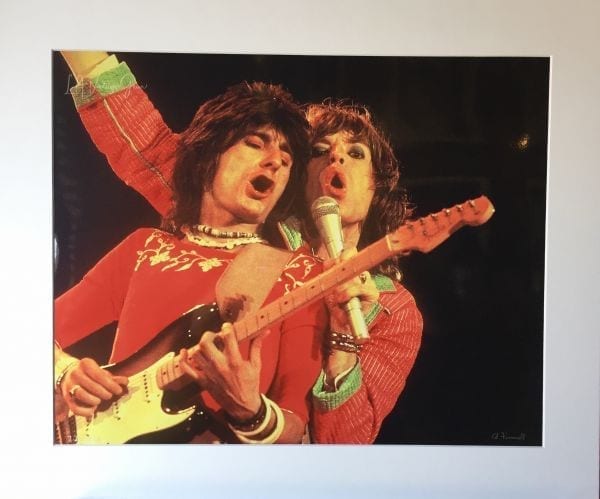