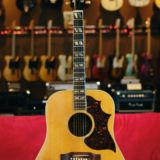 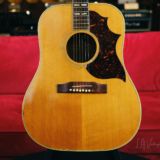 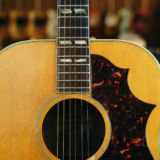 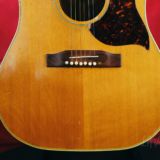 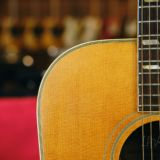 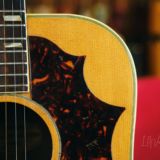 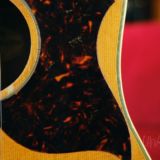 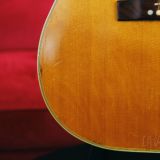 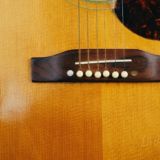 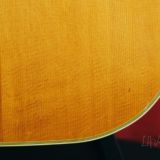 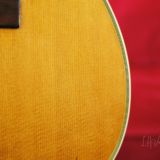 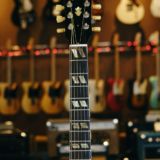 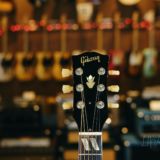 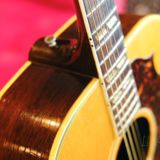 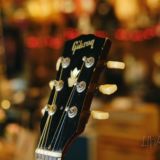 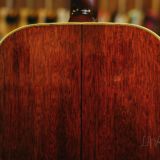 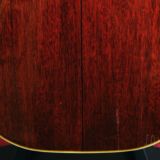 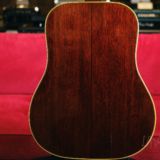 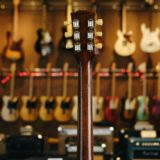 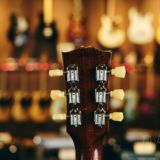 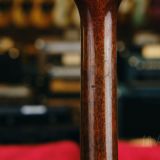 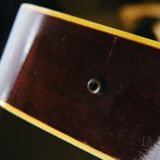 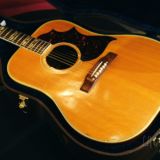 Here's a great sounding vintage Gibson 1963 Country Western in a Natural Finish with a slim neck profile at 1 11/16ths. In Very Good Condition with some repaired cracks.

Gibson introduced the Country Western guitar in 1956, as a version of their pre-existing Southern Jumbo but with a natural finish, as opposed to the sunburst finish of the Southern Jumbo (SJ). Like the SJ, it featured a spruce top, mahogany back and sides, rosewood bridge and fingerboard, with Gibson's "deluxe" split parallelogram pearl inlays. From 1960 onwards the model was renamed the "SJN" (Southern Jumbo Natural) and/or the "SJN Country Western", however the name "Country Western" reappeared on the instrument label in 1962.

For the first 6 its years of existence, the Country Western – along with its "sister model" SJ – possessed a round- or slope-shouldered design, which changed for both models to the more "modern" square-shouldered design (as debuted on the 1960-introduced Hummingbird) in 1962. In common with other Gibson and their sister line Epiphone instruments of the period, the bridge on the Country Western was of a "belly up" design, which changed to "belly down" in 1969, along with some modifications to the top bracing. In 1970, additional structural reinforcement to the top (the (in)famous double-X bracing) was introduced which, although it contributed to improved structural stability, had a deleterious effect on the tone. Along with the SJ, the "original run" Country Western was discontinued in 1978.

By far the most desirable of the square-shouldered SJs [and SJN/Country Westerns] are those from 1962 to 1968, a period in which their bodies were lightly built, with top bracing wide-spread and set forward. The SJ/SJN stayed with the 24 3/4" scale throughout this period, though in 1965 a switch was made to a narrower neck, in keeping with the other Gibsons of the period.