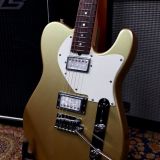 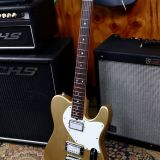 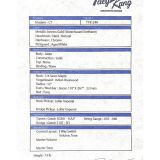 My name is Taey Kang.  I am a guitar maker based in Seoul, S. Korea.  I started playing guitar at the age of 16.  After spending several years playing music in Korea, I wanted to explore deeper into it. In 2010, I decided to go to the U.S., and study guitar at Guitar Institute of Technology at Musicians Institute in Hollywood, CA.  During my time there, so many players such as Michael Landau, Larry Carlton, Robben Ford, Scott Henderson, and etc… inspired me to become a more expressive guitar player.

I have played, and collected many nicely built guitars, but my thirst for “the perfect guitar for me” was not satisfied. That’s what got me into building guitars. After finishing my Associate of Arts degree in Guitar in 2012, I studied guitar making at Guitar Craft Academy in 2013, followed by one-year apprenticeship with a highly regarded acoustic guitar maker, Kathy Wingert.  During my studies in the U.S., I’ve learned from basic construction skills to working with tonewoods for their optimal responsiveness.

In 2015, I returned to Seoul, S. Korea to set up my new shop for Taey Kang Guitars.  I am an one-man operation, and all my guitars are made by hand in my shop.  The sound that I am after for my guitars is vintage-like crisp tone with expressiveness of modern sound.  For me, it’s all about the sensitivity, playability, and expressiveness.  I hope that my combined experiences as a guitar player, and craftsman bring you the best instrument for your musical adventure.